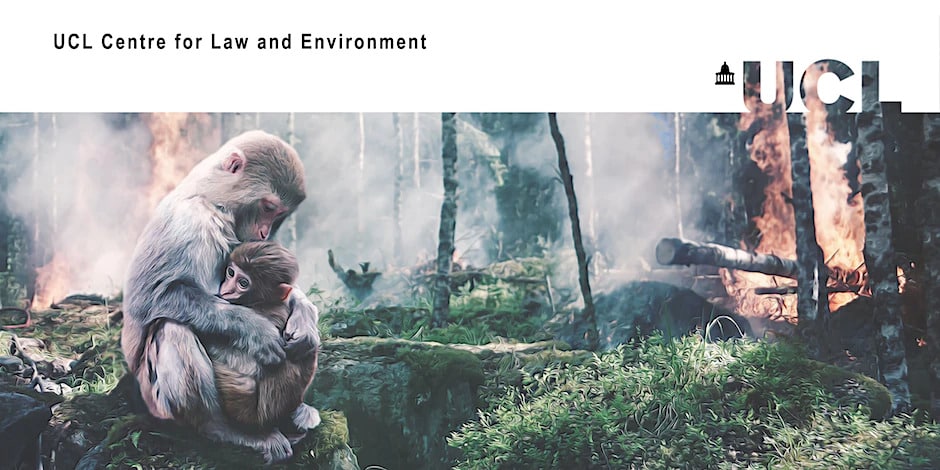 This event will bring together two internationally prominent ‘environmental’ judges to discuss their respective experiences of adjudicating environmental disputes and matters. Justice Nicola Pain is the longest serving judge of the New South Wales Land and Environment Court, one of the world’s most well established and respected specialist environmental courts. Lord Carnwath was, until March 2020, a Justice of the UK Supreme Court. During his time on the Supreme Court, and prior to that on the Court of Appeal, he gave many leading judgments, particularly on issues relating to planning and the environment, property, rating, local government and administrative law.

Joining the discussion will be Professor Liz Fisher, Corpus Christi College and Faculty of Law, University of Oxford. Professor Fisher is a world recognised expert in comparative environmental law and administrative law, and has recently co-edited the first book to investigate the inner workings of an environmental court: Elizabeth Fisher and Brian Preston, An Environmental Court in Action: Function, Doctrine and Process (Hart Publishing 2022).

The event will be chaired by Eloise Scotford, Professor of Environmental Law, UCL Faculty of Laws.

Lord Carnwath was called to the Bar by the Middle Temple in 1968 and joined 2 Paper Buildings (2PB) (one of the predecessor sets of Landmark Chambers). He practised mainly in planning and local government law, social security and administrative law. Between 1980 and 1985, he was Junior Counsel to the Inland Revenue. He took silk in 1985. He took part in a number of major inquiries and Parliamentary proceedings relating to major infrastructure projects, including for the Department of Transport and Transport for London. Between 1988 and 1994 he acted for and advised the Hong Kong Government on issues relating to compulsory purchase, property and rating law. In 1989 he completed the Carnwath Report on the Enforcement of Planning Control for the Department of the Environment; the main recommendations of which were enacted in the Planning and Compensation Act 1991, paving the way for major reform in the planning enforcement system. In 1988, he was appointed as Attorney General to the Prince of Wales, for which service in 1994 he was made a Companion of the Victorian Order.

He is an Honorary Professor of Law of University College London, and an Honorary Fellow of Trinity College, Cambridge. Outside the law, he is a keen amateur musician. He is a former Governor of the Royal Academy of Music (Hon FRAM) and former Chairman of the Britten-Pears Foundation.

Liz Fisher, BA/LLB (UNSW), D Phil (Oxon) is Professor of Environmental Law at Corpus Christi College and the Faculty of Law. Her research explores the interrelationship between law, administration and regulatory problems in different legal cultures with a particular focus on environmental problems. Her 2007 book, Risk Regulation and Administrative Constitutionalism, won the SLS Peter Birks Prize for Outstanding Legal Scholarship 2008. Other publications include Environmental Law: A Very Short Introduction (OUP 2017) and Fisher, Lange and Scotford, Environmental Law: Text, Cases and Materials (2nd ed, OUP 2019). Elizabeth Fisher and Sidney Shapiro, Administrative Competence: Reimagining Administrative Law (CUP 2020) was jointly awarded the American Bar Association Administrative Law Section’s Scholarship Award 2021. She is General Editor of the Oxford Journal of Legal Studies and and served as General Editor of the Journal of Environmental Law for a decade from 2012 to 2022. She has won teaching awards, and served as Vice Dean of the Law Faculty 2013-6, HT 2019, and TT 2021 (the last being Vice Dean (Personnel)). She has been awarded a Leverhulme Major Research Fellowship for 2022-25 for a project exploring legal imagination and environmental law.

About the UCL Centre for Law and the Environment

The Centre for Law and Environment was established to provide a focal point for the UCL Faculty of Laws’ outstanding expertise and academic strength in the field of the environment and the law. The main goals of the Centre are to advance research and teaching and explore the role of law in meeting contemporary environmental and energy challenges. The Centre is committed to treating domestic law (UK), regional (European Union) and international aspects of environmental law in a comprehensive and integrated manner. This approach is reflected in offerings on the LLM course and the supervision of doctoral students, as well as in the diverse range of research pursued by members of the Centre.

UCL Centre for Law and Environment

Get to know Us

EnviUp connects Environmentalists. Find people, products and projects that make a difference. Registration will always be free. Being an environmentalist is not a career choice, it's a life choice.

Our team is hard at work to provide all environmentalists with the tools and networking they need.

Whether you are simply interested in living sustainably or deeply passionate about environmental issues, we hope you will find success here.

We use cookies on our website to give you the most relevant experience by remembering your preferences and repeat visits. By clicking “Accept All”, you consent to the use of all the cookies. However, you may visit "Cookie Settings" to provide a controlled consent.
Cookie SettingsAccept All
Manage consent

This website uses cookies to improve your experience while you navigate through the website. Out of these, the cookies that are categorized as necessary are stored on your browser as they are essential for the working of basic functionalities of the website. We also use third-party cookies that help us analyze and understand how you use this website. These cookies will be stored in your browser only with your consent. You also have the option to opt-out of these cookies. But opting out of some of these cookies may affect your browsing experience.
Necessary Always Enabled
Necessary cookies are absolutely essential for the website to function properly. These cookies ensure basic functionalities and security features of the website, anonymously.
Functional
Functional cookies help to perform certain functionalities like sharing the content of the website on social media platforms, collect feedbacks, and other third-party features.
Performance
Performance cookies are used to understand and analyze the key performance indexes of the website which helps in delivering a better user experience for the visitors.
Analytics
Analytical cookies are used to understand how visitors interact with the website. These cookies help provide information on metrics the number of visitors, bounce rate, traffic source, etc.
Advertisement
Advertisement cookies are used to provide visitors with relevant ads and marketing campaigns. These cookies track visitors across websites and collect information to provide customized ads.
Others
Other uncategorized cookies are those that are being analyzed and have not been classified into a category as yet.
SAVE & ACCEPT
Powered by